The Monte Dei Paschi of Siena Foundation was established in 1995 with the grant of the banking activity from the ex Credit Institution of Public Law to the Monte bank of Paschi di Siena SpA, the origins of which go back to the second half of the 1400 . With the approval of the new statute on the 8th May 2001, the Foundation gained non-profit private legal status with total autonomy.

The Mps Foundation’s has as its objectives social benefit and public interest in the sectors of scientific research, art, local development, education, healthcare, assistance to the socially disadvantaged sectors, improvement of goods and of cultural and environmental activities.

Its institutional activity is carried out with the economic support if its own projects or those which are proposed by third parties. In 2005, the Mps Foundation designated 160 million euro financing over 900 of its own projects and third party projects. The resources have been invested in the Sienese territory, in Tuscany and in the rest of Italy. Furthermore, over the past few years, the commitment to projects of international cooperation has notably increased.

Particular attention is reserved for initiatives which promote cultural, social and recreational free-time activities, and which join territories with high ideals and values. The support given in these years to the Nelson Mandela Forum bears witness to this.
http://www.fondazionemps.it/ita/

A big Cooperative of consumers
Unicoop Firenze is the biggest cooperative of consumers in terms of members and sales in Italy.
The origins of Unicoop go back to the XIX century when, on 1st November 1891 at Sesto Fiorentino, the original cooperative was set up from which, following a series of mergers, the current society was eventually born. The name Unicoop Firenze was given to the cooperative in 1973, with the merger of three big Tuscan cooperatives: Toscocoop, Coop Etruria and Unicoop Empoli. In 1998 the last big merger, Unicoop – Cooperative Pisane Riunite, took place.

The fundamental difference between this cooperative and the other big distribution chains is in the social objectives that it sets out:
The non-division of the profits amongst members, the use of resources for the purpose of solidarity and sociality, the careful running of the sales points to guarantee the economic advantage and quality of the products.

From the year 2000, Unicoop Florence, together with the world of secular and catholic voluntary work, has been dedicated to the campaign for solidarity “The Heart Melts”  http://www.ilcuoresiscioglie.it, to encourage long distance support of children in many economically disadvantaged realities of the South of the World. Adoptions enable these children to have food, healthcare assistance and the possibility of access to school education. In these same countries, the cooperative also finances projects to realize schools and reception centers, guaranteeing medical care and creating work opportunities. 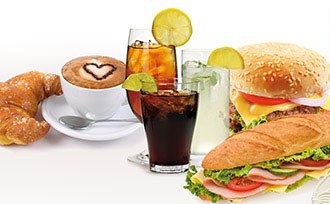